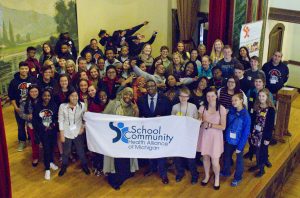 Last week the School-Community Health Alliance of Michigan was active at both the state and federal level, working to ensure policies that support School-Based Health Centers remain intact.

On Tuesday, we hosted our annual Youth Advocacy Day, with over 150 students representing 15 health centers visiting the capitol. These centers met with state senators and representatives of their districts; student leaders explained the importance of school-based health care and implored why they should continue to fund their centers. Out of the 29 legislators we visited, four were not aware of SBHCs prior to the event. 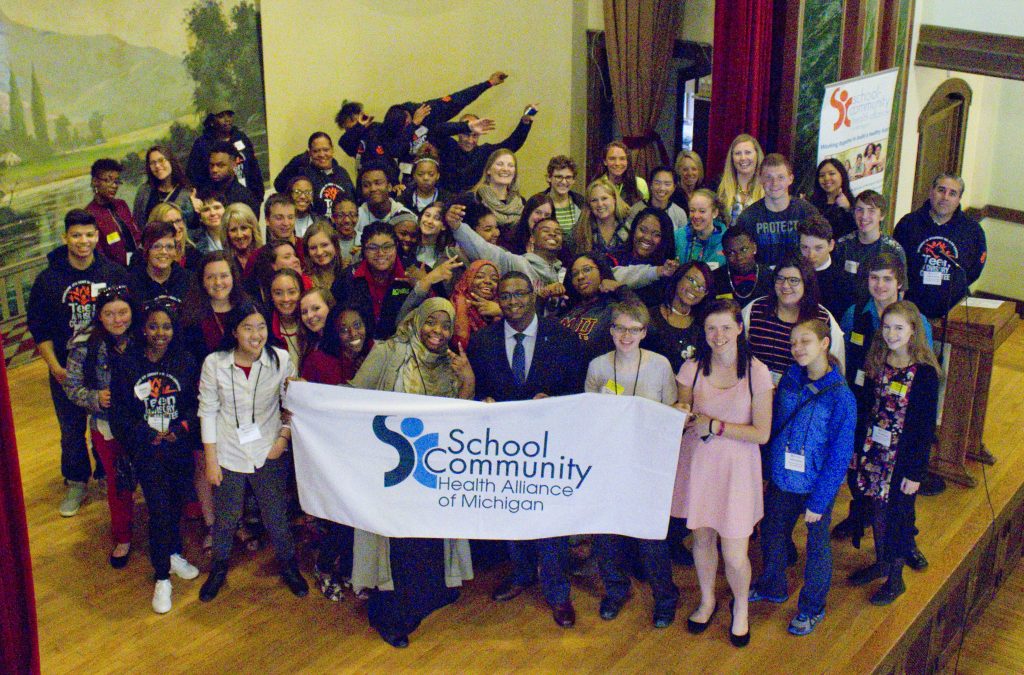 We learned some obstacles we still need to overcome, but also found some potential champions in the legislature.  Some of the comments from the day include: 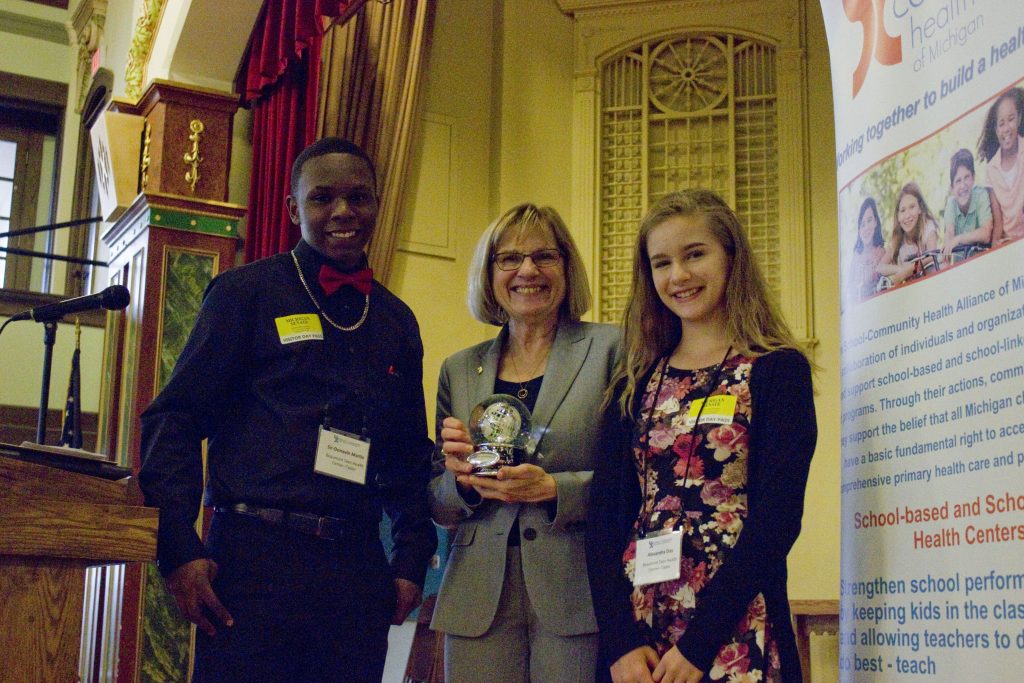 Despite a successful event, news from the federal level clouded what would have been otherwise an inspiring week. The House of Representatives passed the American Health Care Act, a bill designed to repeal major elements of the Affordable Care Act.  Some of its key provisions included removing protections for preexisting conditions, reducing Medicaid to a block grant program, and eliminating subsidies for low-income consumers. For many of us, it was a day filled with anxiety and frustration.

Though it is unlikely that the Senate will pass this bill in its current form, the future of health care is cloudy at best. It is important more than ever that work we work together to ensure that our School-Based Health Centers stay funded in Michigan.

In the coming year, we will be asking you to contact your state and federal representatives about proposed legislation that affects school-based health care.  We will work closely with our School-Based Coordinators to sharpen our message and develop tactics for support our efforts.

Next week, we will be introducing new advocacy tools at the coordinators meeting that will help you communicate with directly with your legislators. Following the meeting, we will be hosting a webinar on legislative advocacy on Tuesday, May 23rd that explains these new tools. We will be sending out registration for that soon.

Thank you for your continued support.