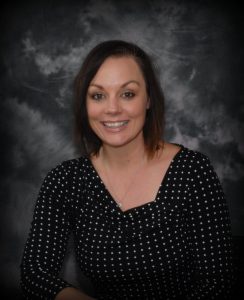 Growing up, Renee was constantly told, “You should go to law school!”. Most likely due to her persistent arguing with her family, Renee prefers to think it was because of her ability to see both sides of an issue. Regardless, after earning both her bachelor’s and master’s degrees, Renee eventually found her way to law school.

At Cooley Law School, Renee combined her lifelong love of animals and enthusiasm for law, co-founding the Animal Law Society. A colleague eventually suggested she contact then Michigan State Senator Steve Bieda, a leading animal protection legislator. Senator Bieda brought Renee on as an extern, and what began as one-semester stint turned into a 7-year stretch in the legislature. During this time, Renee graduated from law school, became a Legislative Director for both then State Representatives Harvey Santana and Robert Kosowski, and drafted and shepherded many pieces of good, bipartisan policy into being signed into law.

Now, as Deputy Director of SCHA-MI, she works with state legislators and Congress to affect good policy regarding the mental and physical health of Michigan’s students. She enjoys taking lawmakers on tours of SCHA-MI’s centers, enabling them to meet the health experts who provide the high-quality services, and the students that utilize them.

When not on the clock, Renee enjoys spending time outdoors with her family, and their two dogs. They often travel to Northern Michigan together, spending time on the lake. She also loves to cook, hike, explore new places, and go horseback riding.