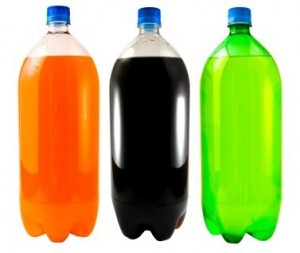 Caffeine has been called the most widely consumed psychoactive substance on earth. In the United States, adolescent caffeine intake averages 60 to 70 mg/day and ranges up to 800 mg/day. Most caffeine intake among youth comes from soda; however, energy drinks are becoming increasingly popular (Seiffert, 2011). Energy drinks (EDs) have increased in popularity and are now consumed by 30%-50% of adolescents (i.e., aged 10-19 years) and young adults. It is now estimated that 31% of 12- to 19-year old adolescents drink energy drinks regularly (Sanchis-Gomaer et al, 2015).  Frequently containing high and unregulated amounts of caffeine, these drinks have been reported in association with serious adverse effects, especially in children, adolescents, and young adults with seizures, diabetes, cardiac abnormalities, or mood and behavioral disorders or those who take certain medications (Seiffert, 2011). Children should evaluate sleep habits and consume only natural sources of energy in order to avoid adverse effects from overconsumption of caffeinated beverages.

Energy drinks have higher caffeine content compared to soft and sports drinks. They are promoted in the media as a means to relieve fatigue and improve physical and cognitive performance, according to Sachis-Gomar et al (2015). The problem with ED consumption is that these beverages often contain high amounts of labeled and even masked caffeine, as well as other substances such as guarana, ginseng, and taurine in variable quantities, which may generate uncertain interactions (Sanchis- Gomar et al, 2015). A volume of 250 mL of numerous EDs contains 70-80 mg of caffeine.  In addition, several products have been developed to meet increased demand of caffeine products.  Thus, products such as gums (80 mg of caffeine and 75 mg of taurine per serving), inhalers (100 mg of caffeine per serving), and orodispersable sheets (100 mg of caffeine per serving), among others, offer an attractive, cheap, and easy alternative for caffeine intake that is readily available to consumers (Sanchis- Gamar et al, 2015). Redbull and five hour energy are commonly advertised in the media. Young adolescent plagued by fatigue due to a hectic day schedules and poor sleep habits are persuaded to turn to caffeine source for an extra jolt.

Most energy drinks are classified by the US Food and Drug Administration (FDA) as dietary supplements. Because of this classification, the FDA currently neither regulates the content of energy drinks nor requires energy drink manufacturers to list the potential adverse effects of their products on their labels (Jackson et al, 2013). Although the FDA requires soft drink manufacturers to limit the amount of caffeine in beverages to 0.02% (˜65–71 mg per 12-ounce soft drink), no such regulation exists for energy drinks because “dietary supplements” don’t require such FDA regulation. Instead, energy drink manufacturers are required only to list the contents of their drinks, but not the quantity of each ingredient (Jackson et al, 2013). Despite the large, unregulated market for energy drinks and reports in the literature and popular media of serious adverse events associated with their consumption, research into their use and effects has been sparse (Seiffert, 2011). There is no established recommended daily allowance (RDA) for caffeine, as it not considered a nutrient. However, it is generally recommended that adults consume no more than 200–300 mg of caffeine per day and adolescents limit their consumption to less than 100 mg per day (Jackson et al, 2013).

Although healthy people can tolerate caffeine in moderation, heavy caffeine consumption, such as drinking energy drinks, has been associated with serious consequences such as seizures, mania, stroke, and sudden death (Seifert, 2011). Children, especially those with health condition (such as, cardiovascular, renal, or liver disease, seizures, diabetes, mood and behavioral disorders, or hyperthyroidism), may be at higher risk for adverse events from energy drink consumption. Of the 5448 US caffeine overdoses reported in 2007, 46% occurred in those younger than 19 years (Seifert, 2011). Several countries and states have debated or restricted energy drink sales and advertising.

Media plays a large role in the persuasion of the adolescents. In addition to high unregulated amounts of caffeine, the energy drinks also contain large amounts of sugar, which has its own negative implications associated with frequent or excessive consumption. As an alternative to caffeinated beverages individuals should survey the integrity of their diets and sleep patterns. Adequate sleep and fuel from fresh whole foods can eliminate the need for energy supplement and support health. Providing nutritional resources and distributing information regarding the dangers of over consumption of caffeine is beneficial. It would also be helpful to ratify how the substance is currently being regulated and develop regulations on the contents of energy drinks to ensure safe consumption.