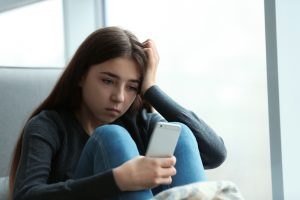 This spring, new cyberbullying laws began that could have an impact on your day-to-day life. These laws were created to reduce cyberbullying by creating harsh penalties for those who harass people online.

What you need to know:

What the law says:

The law states cyberbullying is a crime punishable by 93 days in jail and a $500 fine.

A “pattern of harassing or intimidating behavior” means a series of two or more separate noncontinuous acts of harassing or intimidating behavior. And a “public media forum” refers to “the internet or any other medium designed or intended to be used to convey information to other individuals, regardless of whether a membership or password is required to view the information.”