Yesterday, two significant events took place in Lansing. Early in the morning Governor Snyder signed an executive order that cuts approximately $330 million dollars from the General Fund budget for the CURRENT fiscal year due to projections that revenues are lower than originally projected. Then at 11:00 the Governor presented to a joint session of the House and Senate Appropriations Committees, his proposed budget for fiscal year 2016 that begins this coming October 1.

John Bindas, the new Executive Director of SCHA-MI, attended the budget release and reported the following:

The good news is that neither the Executive Order nor the proposed budget proposes cuts to the ‘Adolescent Health Center’ line item in the School Aid budget from which state funding for our centers comes. This is a year when the fact that the funding for Michigan’s school based/school linked centers is in the School Aid fund is a blessing because that fund is actually projected to have a slight surplus

The Governor’s order to close the $330 million current year 2014-15 General Fund budget deficits includes cuts totaling $102. 9 million, funding the remainder of payments to the state’s community colleges entirely out of the School Aid Fund and realizing savings from the reduction of Medicaid caseloads.

Declining caseloads in the state’s traditional Medicaid program (not the Healthy Michigan program that made Medicaid available to more people) will save another $100 million.

Cuts for the Department of Community Health

Mental Health Commission funding would drop by $2.9 million General Fund to $11.4 million. It is believed that this money represents the amount not yet committed so it should not affect Adolescent Health Centers/programs funded form that line item

The controversy in the budget comes from two programs which are, candidly arcane and obscure to the average individual, but are highly important to the health care community: Graduate Medical Education and the Health Insurance Claims Assessment.

Mr. Snyder has long sought changes to the state’s GME program, and told reporters a number of other states no longer use the program. Among the health care industry, however, the GME program is considered important to help new physicians create practices in Michigan.

As for the Governor’s budget, the plan does not call for cuts to local governments or to education and in fact increases funding for K-12 improvement initiatives such as third grade reading proficiency and early literacy programs.

His FY 2016 proposal touts a $75-per-pupil increase in foundation allowances across all school districts and bumps K-12 education spending to $11.9 billion overall.

Nearly $240 million is proposed for the Great Start Readiness Program, an increase from the $130 million put into the program over the past two years.

A Boon for the Healthy Kids Dental Program 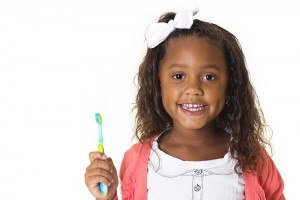 The governor’s budget continues the successful expansion of Healthy Kids Dental by investing $21.8 million ($7.5 million general fund) to cover children ages 0 through 8 in Wayne, Oakland and Kent counties. With this expansion, 822,000 Medicaid-eligible children will have enhanced dental coverage. The remaining age groups in these three counties will be phased-in over the next several years. Healthy Kids Dental increases provider reimbursement rates for dental services, encourages provider participation and ensures that children receive good dental care.

Other Highlights in the 2016 budget include

Thanks to GONGWER NEWS service for some content included here.